Hello my fellow lovers of all things big, long and hard!

October has been a wild month, but in such a great way! 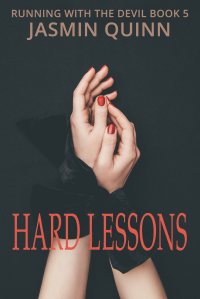 Hard Lessons (Running with the Devil Book 5) is still in pre-sale mode for $0.99. Grab your copy now, while it’s on sale. The price will go up on October 25th, which is official release day (I’m happy dancing because I love this book)! Once released, you can buy Hard Lessons for $2.99 on Amazon or read it for FREE on Kindle Unlimited. It’s also going to be available in paperback!

I’ve signed up for a million takeovers this week and next (well, maybe not a million, but several) to talk about this book and share the other books I’ve published. There’s going to be a ton of fun and lots of giveaways.

If you’re interested in coming to one or more the takeovers, a list of where and when they will be happening is available on my closed group page, Jasmin’s Dark Side. Just pop over, ask to join and we will welcome you with open arms!

Photo by Pixabay on Pexels.com

Now back to Hard Lessons and my interview with Jack Creed!

Why should you read Hard Lessons? Because Jack Creed makes the rules and like every good little submissive, you must follow them or you will be punished. Spectacularly!

I asked Mr. Creed to take a break from his busy work schedule as vicious, intense mob boss and super-dominant guy and sit down for an interview with me. I’m a lucky, lucky girl because he said yes. We met at his hotel and casino in his penthouse suite in Las Vegas. He poured me a glass of lovely Kenwood Jack London Merlot (#Nicole Heinz) and a glass of scotch for himself. We sat on his couch, facing each other. He is startling handsome, and I couldn’t help but picture his fuckable body naked and writhing under me.

Me: Mr. Creed, thank you for taking time to sit down with me on your very sexy leather couch. As you are aware, my name is Jasmin Quinn, writer and totally hot babe.

J. Creed (nodding): Yes, sexy Jasmin, who I would absolutely carry off to the playroom if I weren’t so devoted to Mira.

Me (flushing): That’s kind of you to say, but I’m married.

J. Creed: Can he be bought? 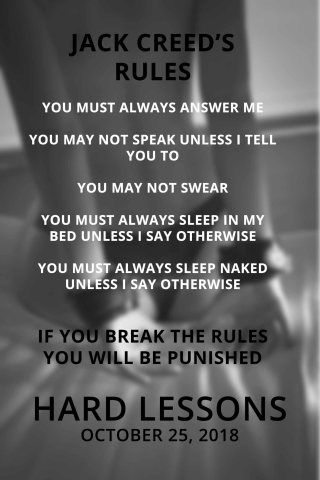 Me (grinning wickedly): Definitely, he can be bought – how do you think I got him in the first place? But can Mira?

J. Creed (a small frown playing at his lips): Not as easily. At least not with diamond necklaces.

Me (a little heart-broken): Let’s move on before I start weeping. I heard a rumour that you and Hugo Marsden had a 3-way with a lucky lady. Could you perhaps elaborate on that?

Me (grinning hopefully): That’s so good to hear, Mr. Creed. But let me challenge you on that just a little.

J. Creed shifts in his seat and looks at me sternly, his long fingers circling the rim of his whiskey glass like it was nipple or a….

Me (also shifting): You sent Mira’s boss, Aaron Leeds, some pictures of Mira in compromising poses. Pretty vanilla shit, but they got her fired, didn’t they?

Me (squirming in my seat, wishing I had gone commando this morning): Well, you hinted at other pictures, far more explicit than the ones you sent to Mr. Leeds.

J. Creed (pinning me in place with his dark eyes): I did.

Me (whispering): And were there, Mr. Creed? Were there more pictures of you…?

J. Creed (narrowing his brows): Time to change the subject, Jasmin. Unless you want to find out exactly why they call me Mr. Mafia.

Me (reluctantly changing the subject): I’ve noted that you are a very big stickler for rules. You seem to rule Vegas with an iron fist. Can you talk a little about what happens when people break your rules?

J.Creed: It all depends on who’s doing the breaking. If it’s some fuck who thinks he can mess with what’s mine, then it’s more than likely he’ll end up in pieces and buried in various locations around Vegas.

Me (nodding sagely and playing with my hair): I see. And if it’s say… oh, I don’t know… perhaps a woman you’re sweet on?

J. Creed (grinning): Well, Jasmin, here’s a scenario. Let’s say I’ve asked you to put on a short black leather dress and 4-inch red heels and you do.

J. Creed: But I tell you not to wear any underwear.

J. Creed: But you put the panties on anyway.

Me (swallowing, fanning myself a little): Yes, yes. I did do that.

J. Creed (leaning forward and whispers in my ear): I would make you choose your punishment.

Me (whispering): Fuck me

A bunch of us girls got together a couple of months ago to create an anthology called the Horror of our Love. There were so many paths we could have gone because what women doesn’t have a horror of a tale to tell about an ex- and/or current lover?

But with Halloween approaching, we decided to let the real bad boys out of their cages. My fellow authors and I wrote five delightfully twisted stories where the monsters get the happy ending.

The Horror of Our Love: A Twisted Tales Anthology was released on October 12 and it 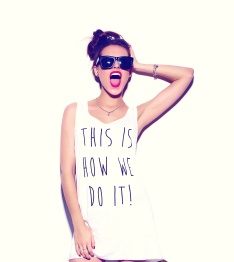 Has the success gone to my head? No, I don’t think so. I’m still the amazingly sexy, talented writer I’ve always been (I’m kidding… sort of). My fellow authors are the very talented Nikita Slater, DD Prince, Nicole Heinz and Bonny Bennett and I owe my #1 status to them.

The Horror of our Love: A Twisted Tales Anthology is available on Amazon and FREE on Kindle Unlimited, so get your copy now and be prepared to be titillated and terrified!

After I get back, I am going to finish a book I started several months ago, unrelated to Running with the Devil (RWD). No fear though – I have at least five more books in the RWD series.

This new book will be called The Cowboy Way (or something equally clever) and yep, if you guessed there was a cowboy in it, you’d be right. I’m planning for an end of December release.

And finally, I developed a serious crush on Hawes, my shape-shifting super-alpha wolf in First Blood Moon, the story I authored for The Horror of Our Love Anthology. I want to explore that relationship in a little more depth, see what the shifter world is about, see if there’s room for a wolf-shifter in my life. If I’m lucky, Hawes will agree to an interview for an upcoming blog!

Have a great Halloween!  See you on the Dark Side (see what I did there?)!

Jasmin Quinn is a writer in her heart and soul and loves reading and writing highly erotic romance novels with strong male and female characters. She writes intense and sexy romance with a hint of suspense, a splash of intrigue and a whole lot of Alpha male. Jasmin tries not to take herself too seriously, but some things matter to her – like good manners, compassion for humans and animals alike, and Canadian maple syrup on vanilla ice cream. She generally disregards other people’s opinions of her unless they’re complimentary, in which case she fully embraces them. When Jasmin isn't writing, she's a beta reader and editor for Jem Monday Publishing. She also likes to fuss with her website, lunch with her friends, indulge in retail therapy, and play the occasional computer game. She stays in shape by exercising her rights to her opinion. Jasmin lives in beautiful British Columbia, Canada with her husband. View all posts by jasminquinnwritesromance